Home » Unlabelled » Facebook App shots down on BlackBerry10's, Now Available only on the web

Facebook App shots down on BlackBerry10's, Now Available only on the web

Facebook App shots down on BlackBerry10's, Now Available only on the web

Facebook and WhatsApp's jumped ship earlier this month, announcing that it would end support for its apps later this year.  The world's biggest social network and its Messenger app will stop working on the BlackBerry OS, including BB10, by the end of 2016. In a blog post on the company's website, the app team said: 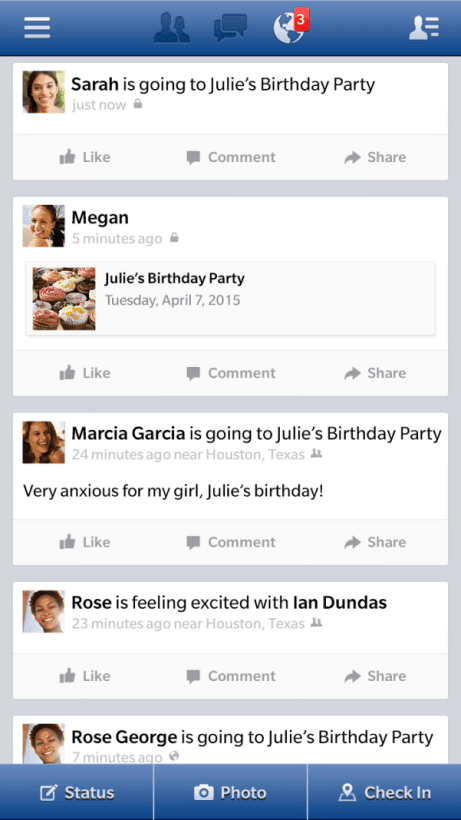 When Facebook revealed its decision to drop BlackBerry 10, its announcement said Android, iOS and Windows Phone platforms account for 99.5 percent of smartphone sales. The company decided to leave BB, because it wanted to focus its efforts on developing the app for the platforms that sell the most. Users of BlackBerry 10 were understandably upset – it’s one of the world’s most popular websites and lots of people use it to keep in touch on a minute-by-minute basis.

Rather than keep its native app, Facebook has provided a Web-based version to replace it – it’s live now, BlackBerry says the native app will stop working from Today, March 31st, meaning the web app replacement will be mandatory almost immediately. In this scenario, something is better than nothing, although it's hard to shake the feeling that BlackBerry is just saving face here. Blackberry However posted this on it blog concerning the development:

"Facebook will continue to support BlackBerry 10 and BBOS. The experience will be slightly different, but you’ll still get the same Facebook features you love (see right). And, of course the full Android Facebook app is available on the PRIV by BlackBerry.
Our fans are fighting for us (#WeAreBlackBerry), and we love their support (#ILoveBB10Apps). That’s why we have worked hard with Facebook to address some technical challenges and the best solution was to move forward with a Web-based app.
For those just hearing about this news, we have an updated web-based Facebook app that replaces the native app for BlackBerry 10 and BBOS. The update is required because the native app will stop working on March 31. The new web-based Facebook app provides additional features not available on the native app, such as:
We’ll continue to keep you updated of any new developments.

To transition to the Web-based experience on March 31st, visit BlackBerry World on your device and apply the available update for the Facebook application at the following links:
A Nielsen survey of 30,000 people at the end of 2015 found that less than one percent use a phone running BlackBerry’s mobile OSes. If you are one of one percent (which I am included), however, you’ll need to update your BlackBerry OS or BlackBerry 10 handset to keep using Facebook from your phone.

so much information Facebook App shots down on BlackBerry10's, Now Available only on the web

Related : Facebook App shots down on BlackBerry10's, Now Available only on the web