BeTWEEN a Rock and a SmartPhone

BeTWEEN a Rock and a SmartPhone 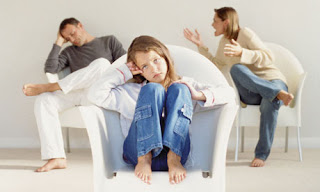 I have a dilemma. My 12-old old wants a cell phone, but I don’t think he’s ready for it. All of his friends have one and are making him feel left out when they all sit down to play Clash of Clans and Minecraft, watch music videos on YouTube, and send each other texts back and forth. I know that I shouldn’t feel the pressure to give him something I don’t think he’s ready for, but the truth is, I actually think he is. And I want him to be one with his peers.
The old days of going outside to play still exist, but tweens these days are spending a lot of time on the couch fiddling with their phones. My son Tom has a tablet, but it’s not always compatible with the apps that his friends are playing on their phones. Often times, he is on the outskirts, a bystander peering over the shoulders of his peers … and that makes me feel bad. I don’t want to see him left out. He’s my pride and joy.
My wife and I have been discussing getting him an iPhone. She is totally against it, but I’m not. I’ve argued all the merits of having one: it can keep us in touch with him at all times, it can help him with his studies, and it will make him happy and keep him entertained. She argued that he has a tablet and Xbox, but I had to remind her that this is just an extension of those devices.
Tom is getting older. This is a different world than when we grew up. Heck, it’s different from just 6 years ago now that everyone has a smartphone! My son is a good kid. Always gets great grades, is a good athlete in three different sports, and is always respectful of others. He’s going to get a smartphone eventually. What harm could it be to give him it to him one or two years earlier than planned? My wife started to look up things like "how to spy on cell phones free?" or "how to spy on cell phone without installing software?"
My wife was incredibly worried about all the bad stuff he could be exposed to on the internet and reminded me that he would be carrying it with him wherever he goes. She also reminded me that he was nearing puberty and would be on it a lot … looking at all the smut that is rampant and free. I had to give it to her there. She was right.
So here’s what I think we are going to do. I think we’re going to give him a phone, but not before doing two things. Number One, sit him down and have a long talk with him about the do’s and don’ts of the device. Number Two: we are looking into installing a mobile monitoring software program on it in order to see what he browses on the internet, who he talks and texts with, and what he downloads. We’ve heard that a good cell phone spying app can help protect against inappropriate material, bullies, peer pressurers, pedophiles and more, and I believe it really can.
My wife is still not 100% behind it, but I promised her that I would keep close tabs on Tom’s smartphone use—and limit how much time he spends on it. After all, like anything, a parent should always monitor what their kids are exposed to—whether it be in the digital world or the real world.

so much information BeTWEEN a Rock and a SmartPhone

hopefully the information BeTWEEN a Rock and a SmartPhone that we convey could be useful for you in searching the latest gadget information on google
you just read the article with title BeTWEEN a Rock and a SmartPhone you can bookmark for easy return visit or you can also share so this article can be more useful for many people by using link https://shwesetharrking.blogspot.com/2016/04/between-rock-and-smartphone.html umpteen and thank you.

Related : BeTWEEN a Rock and a SmartPhone