Is there a competition law issue lurking on the horizon of cloud computing?

Is there a competition law issue lurking on the horizon of cloud computing?

Are we on the cusp of a potential competition law problem in the area of cloud computing services? The Economist tantalizingly, in an article entitled “Cloud Chronicles”, which appeared in its August 27th issue, has described the present circumstances of the industry, and why there might be room for future competition law concern. The culprit, if it comes to pass, may well be Amazon Web Services (usually referred to as AWS), which is the cloud-computing part of Amazon.com. The story goes like this.

In 2006, Amazon made available a beta version of a service called “Elastic Compute Cloud”, described as

“the central offering” of AWS. The service took off, in part, according to the article, because it coincided with the rise of the smartphone and the supporting app industry. Developers loved the opportunity to forego maintaining a hardware system and paying a fixed fee for use of software, in favor of paying only for the capacity that they used. AWS is said to have engaged in “many rounds of price reductions”, enabling it to capture increased market share. As well, AWS has, and continues to offer, an increasing number of add-on services, the marginal cost for which is minimal since the software has already been developed.

As such, AWS early on enjoyed first mover advantage (being the first cloud computing service “to succeed on a large scale”) and continues to benefit from network effects. As well, the burden of switching costs served to make it more likely that a user will be reluctant to move to another cloud service. Based on these advantages, AWS has raced far ahead of its competition. It is three times larger than its nearest competitor—Microsoft Azure. Other potential competitors are even less visible, including competing offerings from IBM and Google. At least these two hi-tech behemoths are still in the game; Hewlett-Packard has apparently simply withdrawn from the field. Even Salesforce.com, which is a prominent provider of on-line applications, announced that it will begin to make use of AWS services.

What will slow AWS’s continued dominant position in the industry? The article suggests that users are aggressive in trying to avoid being locked-in to AWS as their sole cloud services provider. It further reports that, at least in Europe, two-fifths of the companies in the cloud use more than one cloud service. Also, while the AWS service is highly popular with start-up developers, it has less success in attracting larger, established companies, in part, it would seem, from a hesitation by such companies to be tied up with a potential competitor, given the ever-increasing nature of Amazon’s product and service offerings. These countervailing forces argue that there may be a limit as to how much more AWS can grow.

Still, based on the information in the article, AWS does seem to enjoy a dominant position with smaller developers. If this were to be found to be the relevant population for vetting competition law concerns, then attention to pricing (should prices begin to tick upwards) and the ease or difficulty of switching to another cloud service, bears watch, especially since the computing infrastructure required might serve as a potential barrier to entry for competitors. Or perhaps less conventional metrics will be brought to bear. The article itself does not go into a discussion of how anti-competitive behavior by AWS might look, stating merely that—

“AWS could end up dominating the IT industry just as IBM’s System/360, a family of mainframe computers, did until the 1980s. If that happens, the antitrust authorities may eventually have to step in, as they did with IBM.” 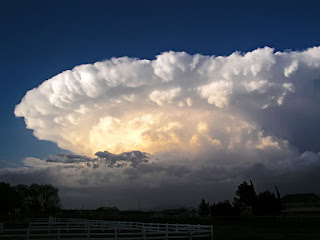 This in itself is an interesting comment. This Kat is hoary enough to remember the antitrust case against IBM, filed in 1969, which dragged on until 1982. There, the issue was IBM’s alleged anti-competitive conduct based on its alleged dominance of the mainframe computer industry. What is notable is that this decade-long lawsuit came to an end because the US Depart of Justice ultimately decided to dismiss the case. Developments in the computer world had moved on since the filing of the law suit in the late 1960’s, and the capacity of IBM to dominate the computer world had passed.

Even more, this Kat remembers the frequently made comment that antitrust suits such as the IBM case, especially in the technology area, are almost always late to the game: either the technology is passing the target industry by, or the law suit is a cue to the target to seek new products and markets. If this be true, then it raises an interesting question: what would the filing of such a law suit say about the cloud-computing industry? Is the pace of innovation so seriously stuck in neutral, and the nature of cloud-computing so very different from the world of IBM’s System/ 360 family of mainframe computers, that there might be greater justification in considering such a law suit, should there be prima facie indicia of anti-competitive behavior? Or will such a suit be a redux of the IBM litigation? Stay tuned (especially if your computing connectivity is from the cloud).

so much information Is there a competition law issue lurking on the horizon of cloud computing?

Related : Is there a competition law issue lurking on the horizon of cloud computing?